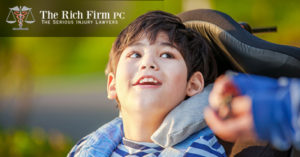 Birth is the most important moment in a person’s life. Not only is it the beginning, but it’s an extremely delicate process that requires utmost care on the part of the attending medical professionals. If a doctor mishandles a child during the birthing process, that child may end up with a serious condition that plagues him throughout his entire life. Cerebral palsy is one such condition. Here’s a brief look at cerebral palsy and its effects.

There are three main types of cerebral palsy: spastic, ataxic, and athetoid. Spastic cerebral palsy occurs in the vast majority of cases, and is due to a neuron lesion in the brain. Ataxia and athetoid cerebral palsy are less common but have more severe effects on sufferers’ motor skills.

Cerebral palsy compromises connections between the cortex and other parts of the brain. As a result, the sufferer often experiences problems moving certain parts of his body. Cerebral palsy also affects communication, sight problems, memory problems, and a number of other functions of the mind and body.

Though it is impossible to cure cerebral palsy, the right treatment can make the symptoms bearable. Unlike other cognitive ailments, cerebral palsy is not progressive, and the effects can become manageable through several types of therapy. For example, a person with cerebral palsy may learn to talk through speech therapy.

While cerebral palsy treatments are helpful, they’re also expensive. If your child has been diagnosed with cerebral palsy due to a doctor’s mistake during childbirth, you should call The Rich Firm, PC at (202) 529-9379. Our experienced birth injury attorneys will help you file a medical malpractice suit against the offending doctor, and hopefully win the compensation your child needs to live a rewarding life.