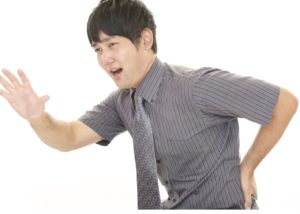 The Rich Firm, PC attorneys represent clients who have been injured by defective DePuy Pinnacle implants. The version of DePuy Orthopaedics’ Pinnacle hip implant that features a metal ball and metal-lined socket was originally marketed as a longer-lasting device well-suited to younger and more active patients.

The promise began to unravel in short order, however. Johnson & Johnson, DePuy’s parent company has recalled a similar product and is now deeply embroiled in litigation involving the Pinnacle implant. If you are suffering and believe that you have been harmed by a Pinnacle hip implant, you should get in touch with an experienced personal injury attorney at The Rich Firm, PC, as quickly as possible.

Since 2003, the U.S. Food and Drug Administration has received over 1,300 adverse reports for Pinnacle hip implants. However, it was not until January 2013 that the FDA finally moved to close the loophole that had allowed DePuy to sell the metal version of its implant without any clinical trials to prove that it was safe or effective. Shortly thereafter, DePuy made the strategic decision to wind down U.S. production and sales. More than 4,000 legal claims related to the Pinnacle hip system have been filed and are included in multidistrict litigation in the U.S. District Court for the Northern District of Texas.

Multidistrict litigation allows lawsuits involving the same product to be consolidated for pretrial litigation, avoiding the risk of inconsistent pretrial rulings and conserving plaintiff resources. The cases retain their own identity and, if unresolved, are tried separately. The first trial is scheduled for September 2014.

What are the Symptoms of Pinnacle Hip Implant Failure?

If your implant is loosening, or if you are suffering from infection, inflammation, or impaired bone re-growth because of an adverse reaction to the metal device, you are probably in a great deal of pain. Patients report lower back, hip, groin and leg pain, popping noises from the device or a sensation that the implant is slipping. You may be unable to stand or walk without assistance. A diagnosis of implant failure often leads to painful and risky replacement surgery.

A less obvious complication may be a dangerous form of blood poisoning, called metallosis. The friction of the ball against the lining of the socket can shed microscopic pieces of metal into the tissue surrounding the implant, allowing chromium and cobalt ions to seep into your blood system. Metallosis has been linked to organ failure, some forms of cancer, blindness, deafness and a host of other serious medical conditions.

If You Believe Your Hip Implant is Failing, You Must Act Quickly.

Every state has a statute of limitations within which legal action arising from an injury must be begun. You should begin to work with your attorney as soon as possible to preserve your rights, ensuring that your claim is timely.

The mushrooming litigation against DePuy and Johnson & Johnson has not yet produced a settlement offer, but it may. It is important to quantify your damages. This will include not only medical bills and lost wages, but the less tangible losses attendant on pain and suffering. You will also need to consider whether you will require ongoing treatment to deal with the aftereffects of implant failure, additional surgery or metallosis. This is not a chore that you want to tackle by yourself, so schedule a consultation with an attorney of The Rich Firm, PC today to assess your legal options.