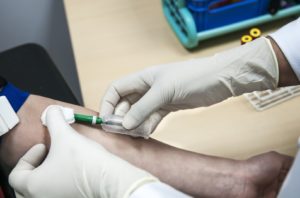 The Rich Firm, PC attorneys have helped victims of NuvaRing users obtain money damages for injuries caused by its use. NuvaRing is the trade name of a birth control device manufactured by Merck & Co., Organon, and Schering-Plough. Although the package inserts describe the risks of this device as being similar to oral contraceptives, several scientific studies have suggested that it is far more dangerous. These risks include pulmonary embolism and deep vein thrombosis, blood clots in the lungs or deep in large muscles of the thigh, calf or arm. These clots can cause stroke, paralysis, disability or even death. If you or a family member has suffered from blood clots or dangerous related consequences while using the NuvaRing, you may be entitled to compensation and should call an attorney at The Rich Firm, PC

NuvaRing is More Dangerous than Older Generation of Contraceptives

NuvaRing is a vaginal ring that contains estrogen and progestin, which prevent a woman’s ovaries from producing mature eggs. The hormones are released when the ring comes into contact with vaginal tissue and are then absorbed into the bloodstream. Estrogen and progestin have long been associated with an increased danger of clotting. However, it appears that the novel method of absorption actually produces a higher level of hormones in the blood than older oral contraceptives had.

The FDA nonetheless approved the NuvaRing in 2001 and Merck & Co., Organon, and Schering-Plough began an aggressive marketing campaign.

The manufacturers’ safety warnings use data applicable to oral contraceptives, rather than the vaginal delivery system of NuvaRing. This buries the bad news about vaginal rings. Even at the time of FDA approval, research suggested that there was a significant difference in the potential for injury. Since the first lawsuit was filed in 2008, thousands of plaintiffs have come forward, claiming that blood clots from NuvaRing caused pulmonary embolism, stroke, deep vein thrombosis or even sudden death. These cases have now been consolidated for the purpose of pre-trial motions. The first case is scheduled to reach trial in April 2014.

What You Should Do

This is a highly technical area, so it is essential to work with a specialist in NuvaRing litigation, like the lawyers at The Rich Firm, PC. It is important to be mindful of three things.

If Merck & Co., Organon, and Schering-Plough knew of the dangers of pulmonary embolism and deep vein thrombosis associated with NuvaRing, obscured those risks and continued to market the product, then women who have been injured or their families have legal rights. You must act promptly to protect these rights by contacting the attorneys at The Rich Firm, PC, P. C.